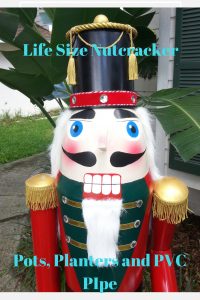 I used links so that you can get a visual representation of what I’m talking about and not necessarily for purchasing recommendations.  You may already have several of the items and tools listed below.

Once you finish your nutcracker, contact me and send me some pics.  I’d be happy to post them here in my blog.  Happy Crafting!