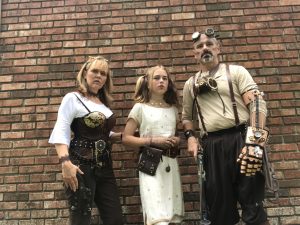 Here’s a fun post I wanted to do on why I love cosplay which will be tough to limit to just ten points.  Yeah, I’ll probably reveal much more, but I’m still calling it a “Top Ten” to go along with the other Top Ten posts in the group.  Another challenge to this post will be ranking the reasons from 10 down to 1.  I think from 10 to 3 can almost be in any order, but I know the last two ranks will reveal just how important cosplay is to me.  So here we go… 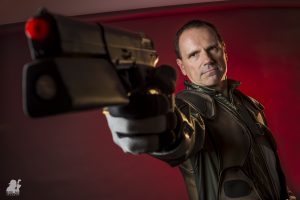 If you have the desire, and are motivated to do a good high quality cosplay of a character you love, my advise is to go for it.  You’ll be one of the many “Cool Cats” at a Con and be the life at any party that calls for it.  You’ll also have some great conversation topics as you show off pics of your last adventure.  You’re Facebook and Instagram profile will never be the same again. 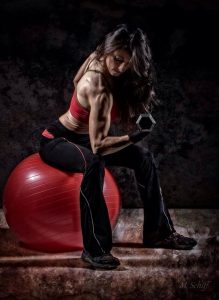 Nothing is more motivating to get in shape better than to be ready for cosplaying a particular character you’re about to portray at an upcoming convention or event.  Forget beach season, Con season can be an all year anticipation.  Dieting is a must, but toning the body through working out becomes paramount to give your character the look and confidence needed. 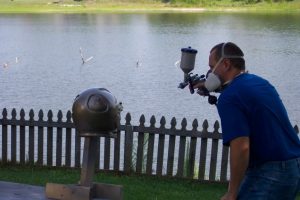 It was only a matter of time after I learned techniques in makeup and prop making that I would translate it all into tangible costuming for myself.  It started as me just doing it for others as primarily a cosmaker for profit, but saw all the fun everyone else was having that it soon evolved into a hobby for myself.

#7  As An Introvert, I Can Break Out of My Lonely Shell 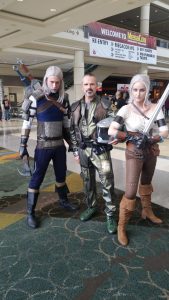 Lindy Rose (Ciri), Vincent Vix (Geralt) from the Witcher and Me (Viper Pilot) at MegaCon 2018

It’s a lot easier to approach someone at a Con when you’re in a good costume…at least that’s my confidence booster since anyone who knows me would tell you how quiet and reserved I usually am.  It may have something to do with “hiding behind a mask” or that I’m already connecting to those with the same passion or interest in cosplay that breaks the ice.  Either way, I’m busting out of my comfort zone and meeting some terrific people along the way.

#6  Good For Self Esteem 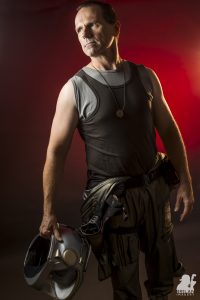 This can go either way, and does in my case somewhat…I have to be comfortable with myself enough to reveal the side of me that isn’t afraid to put myself out there in costume and be takin’ seriously; or is it maybe I’m not happy with myself that I want to be somebody else and hide who I really am…?  This is a riddle only I can solve, or if you get to know me you can help me figure it out…lol.

#5  Best way To Show Excitement For The Fandom Culture 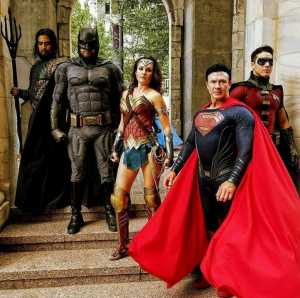 I love it all!  Comics, manga, anime, film, television and video games (of course, if you ask me which is my favorite game it will reveal my age…hehe).  So by putting a lot of time, effort and funds behind a project will tell you just how much I truly love this stuff.  Getting into character in a good cosplay takes it that much further than just having all of something in a collection.  However, I do confess being a cosplayer does not monopolize me being a bigger fan at something than anybody else.  Some people just aren’t cut out or willing to even think about cosplay even for Halloween, which is perfectly fine.  If everyone was a cosplayer, it would take away the awe and mystique behind it. 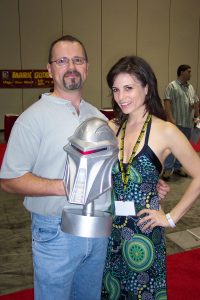 It all started when I moved to Florida to attend makeup school and try to become the next Hollywood sensation in SPFX; not so easy as I dreamed it to be.  It seamed everyone I met had the same idea and my plans shifted to set and prop making for the several theme parks in Orlando.  I tap into that old dream each time I get all masqueraded up with the next character I want to portray at a Con and see several celebrities during autograph sessions for us fans.  Depending on how good the cosplay is I get treated a lot kinder than I should by those same fans saying how close, good, or how I was mistaken for the real thing (okay, that last part only happened once…lol).

#3  So Many Choices, So Many Options 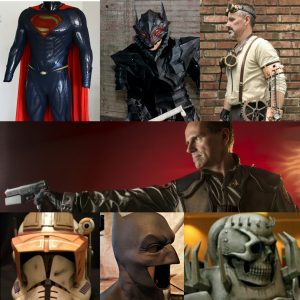 Just a few I’ve taken on so far, and in the works

It’s like being a kid in a candy store trying to choose what I want to be next.  I do pretty much know what I’m going to do in the near future, it’s just choosing when and in what order I will do next.  As I’m writing this now I’m thinking a lot about The Man of Steel, or maybe Batman, but Wolverine is trying to creep in first…lol.  Either/or I need to diligently refer to #9 on the list which is getting in shape.  I’m seriously going to need to bulk up to pull any of these off well, cause I can’t afford a muscle suit undercoat. 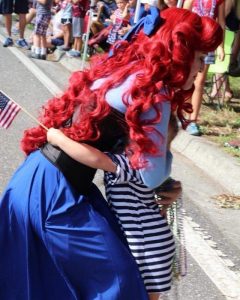 It’s great to feel how all that hard work and money spent is justified with an “OH WOW”, or the question, “Can I get a picture with you?” from onlookers and other Con patrons responding to your costume.  But nothing beats the look on a child’s face when they see their hero in the flesh.  I can only imagine how the princesses at Disney feels every time a kid goes running up to give them a big hug.  I can never get tired of it.  I admit I do the same when I see a good cosplay, where I move in for the same hopeful picture together. 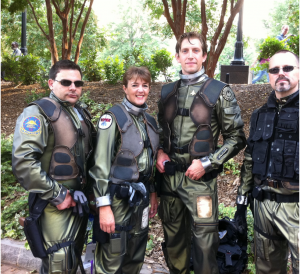 Friends Made at DragonCon and The TCF (The Colonial Fleet)

This is definitely what it’s all about.  The people you meet and the friends you make.  I know the authenticity of the friends I’ve made because when I stepped out of it for awhile and came back it was like I never skipped a beat and they all welcomed me back as if I never left the scene.  And the new people I’ve met are genuinely excited and interested in anything I have to say or do.  I am the same at reciprocating the friendship.  Somehow dressing up like someone else translates into pinpointing exactly who you are inside.  It could even be just itching for fun and the next good time to be had, and doing it alone makes no sense.

Comment below with some of your reasons you love cosplay…I’d love to read them!

2 thoughts on “My Top Ten Reasons I Love Cosplay”